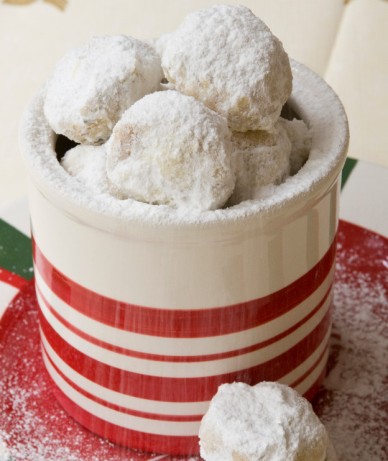 With Christmas past and New Year’s approaching, we’ll start our new series, The Holiday Chomp, by examining some of Greece’s most beloved holiday sweets and dishes. Many diets have been wrecked by these beauties. We’ll begin with a Christmas staple that has captured the hearts of Greeks worldwide—the kourabie! 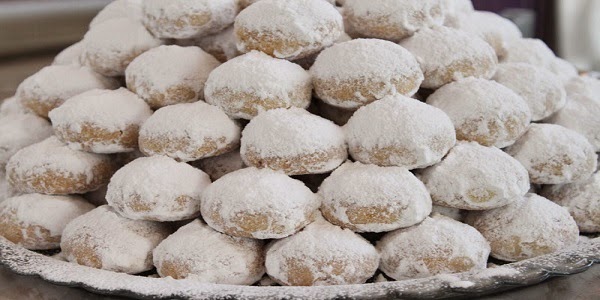 Kourabiedes (pronounced koo-rah-bee-eh-des, singular: koo-rah-bee-eh) are round, oval-, or crescent-shaped cookies infused with almond pieces and covered (and by that we mean covered) in caster sugar. The dough is crunchy and slightly grainy, but the caster sugar adds a blanket-soft cover that makes them irresistible during Christmastime. Its origin is a bit disputed; some sources say it originated in Persia, while others claim the kourabie that we enjoy today is a recipe brought over by exiled Greeks from Asia Minor, settling in northern Greece in the village of Nea Karvali.

The main ingredients in kourabiedes are caster sugar, flour, and butter. Butter is one of the key elements in kourabiedes; fresh butter is preferred, giving the cookie a smooth but not overpowering flavor, similar to English shortbread. Rosewater or other kinds of flower water are usually added as well. 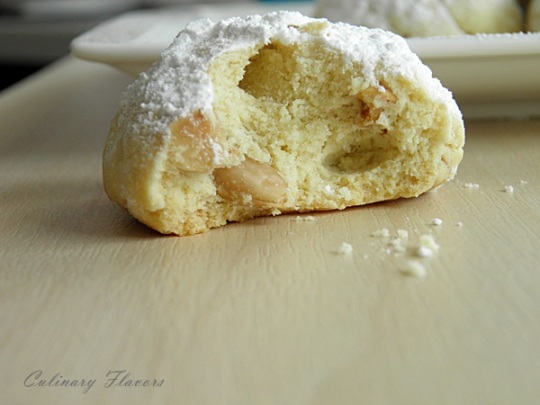 Kourabiedes are one of the highlights of a Greek child’s Christmas; whether lovingly hand-prepared by yiayia (in English: grandmother) or bought from one of Greece’s countless bakeries, these cookies are an intergenerational treasure! (Countless Greek adults used to lick the caster sugar off as children. It’s practically a childhood tradition!)

These days, many Greek bakeries have innovated the classic kourabie, making it all their own. Chocolate is a popular addition—some bakeries fill the kourabie with chocolate paste, dust it with chocolate powder instead of caster sugar, or completely replace the caster sugar with a chocolate coating. 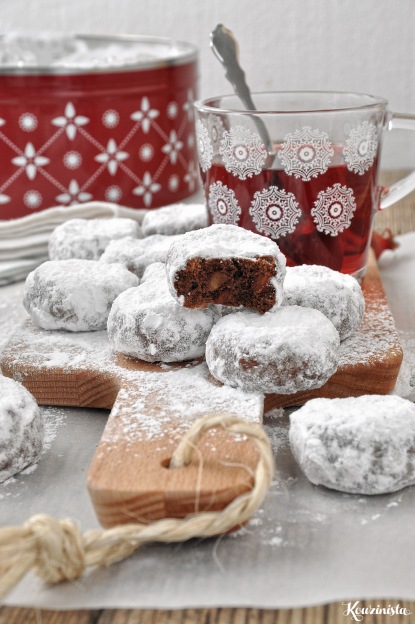 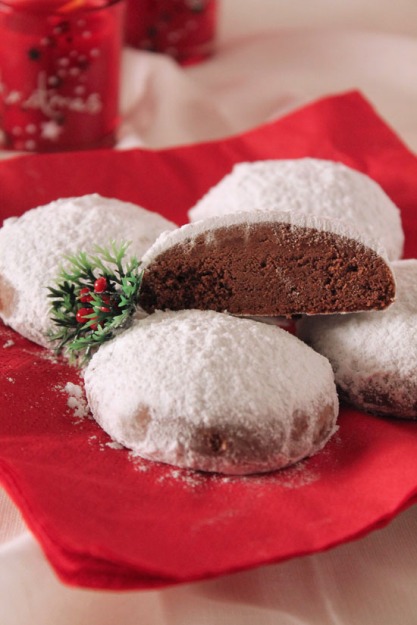 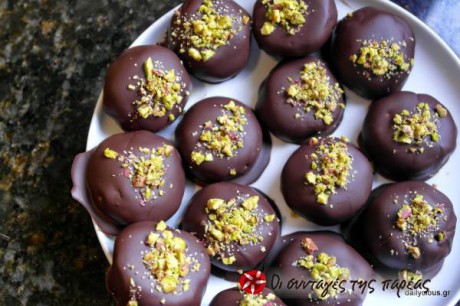 Kourabiedes can be found in bakeries all over Greece (the best can be found at Veneti; they also sell tiny kourabiedes that are about half the size of the regular kind, for those who are watching their diet). These snowy bites of heaven can also be found in many Greek bakeries abroad.

Kourabiedes can also be bought online at Titan Foods (Astoria, NY) and Flavor Teaze (Williamsburg, VA), and at Hellenic Grocery (which has nine flavors of kourabie; innovation indeed!) and The Greek Deli in the UK, as well as at many other online Greek markets and delis. For authentic recipes, check out My Greek Dish, Greek Boston, Akis Petretzikis (in Greek), and Stelios Parliaros (in Greek).

In our next installment we’ll take a look at vasilopita, the Greek New Year’s cake. Stay tuned! 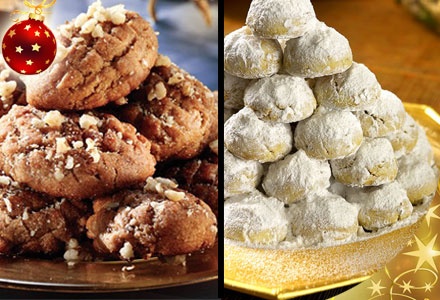